More than 9 years investing in our industrial growth.

More than 9 years investing in our industrial growth.

Leales Company is the last sugar company located in Tucumán.

It was inaugurated on July 12th 1936 in Los Sueldos, in Leales state, today known as La Encantada in San Miguel de Tucumán. The agro industrial Leales Company is made of a factory that produces more than fifty thousand tons of sugar per production.

At the beginning, the daily cane production was one thousand five hundred tones. Nowadays, the sugar cane factory is under perfect condition to produce six thousand tons of cane and fifty thousand litres of alcohol per day.

Since January 4th 2010, the factory has been administrated by Industrial Investor S.A (CIISA). Leales factory produces refined sugar, which is required by the main food industries. Its aim is to increase the mill capacity, the sugar production and refinery and also alcohol production. Similarly, it wants to improve its efficiency and to reduce the environmental impact.

The factory was adapted to increase its mill capacity. A new mill was installed during 2018 production and it was the first one that uses a crusher with six mills. In consequence, the factory was expanded and the cane preparation area was modified with a new conductor, a new grinder and new clutters. A new decanter was also constructed together with new evaporation boxes. It has also been worked in the empowering and automating of boilers and in the plant.

A new distillery has been constructed with European technology. It has a capacity of one million litres of alcohol per day. It follows the highest quality standards and it has a big capacity of energy consumption.

The composting plant has been improved and updated and a vinasse concentrator with a higher capacity has also been installed. Additionally, a vinasse pool was constructed and the energy consumption in the plant has been enhanced.

The electric plant has been modernized and amplified to co-generate energy. A new boiler has been designed and assembled to cover the needs of a growing factory.

When the company was acquired, its production was of forty-five thousand tons of sugar per year and about five million litres of alcohol.

Currently, the factory produces one hundred thousand tons of sugar and twelve million litres of alcohol.

With an investment of sixty million dollars the main objective is to mill daily ten thousand tons of cane in 2019. 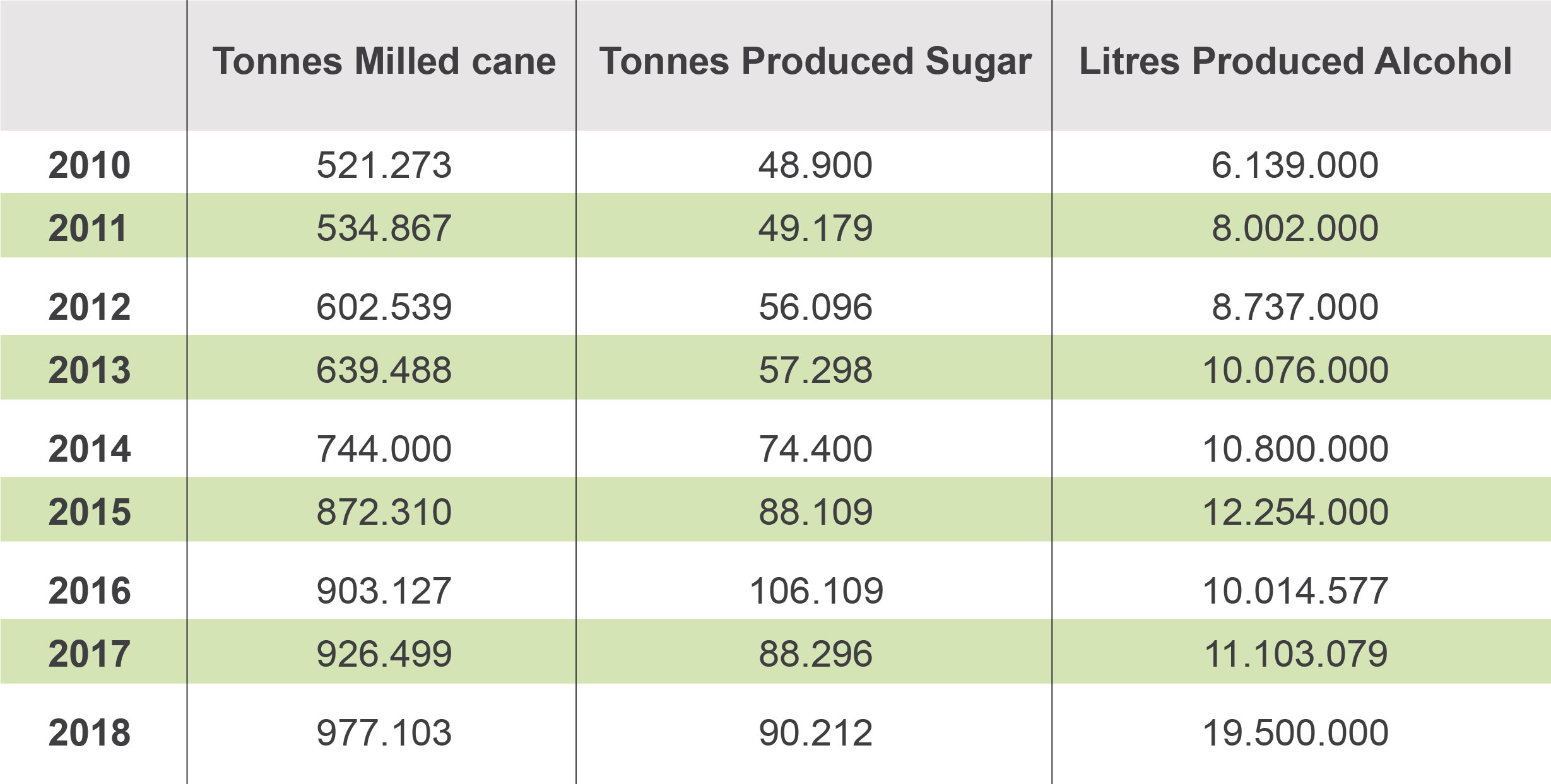